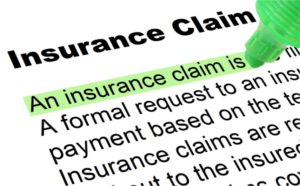 It’s a scenario that will be familiar to many a HGV driver – you’ve just left your Operating Centre yard on a Monday for a week of haulage work all over the country and 20 minutes in a car tries to undertake you on a roundabout. You exchange details but are 30 minutes behind schedule for your delivery and the day has barely started.

You know insurance will be involved but you’ll give your company a ring when you get back home on Friday afternoon. Except you forget as your lorry and load weren’t damaged at all and you only get reminded when the car insurer write a letter blaming you for the incident.

The average time for an HGV claim to be reported is 23 days, although statistics from one leading Truck insurer suggests this could be doubled. Over half of commercial claims are notified not by the policyholder but by the third party.

Reporting claims instantly puts your insurer in control. They are able to minimise their costs which ultimately could result in lower premiums. The good news for drivers and transport managers is that digital technology, through an App or online on your phone or tablet, now allows full claims information to be reported at the roadside at the scene of the accident, including uploading photographs and third party details into a template claim form to ensure no information is missed.

Ratcliffes see this as a vital tool in the support of our clients and will be making an exciting announcement soon.